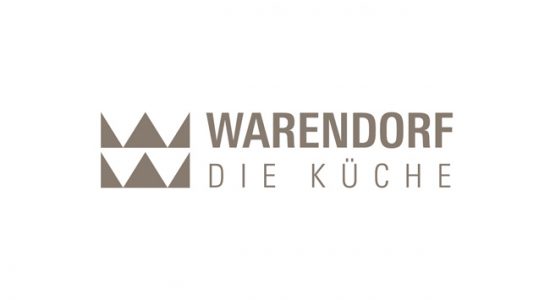 News was made public on Tuesday 12th March that the premium German kitchens manufacturer Warendorf had filed for insolvency proceedings on Monday 11th. As a result Warendorf kitchens commercial entity Warendorf – Die Küche GmbH is now in administration.

Citing liquidity problems as the reason and during a tumultuous time for the KBB sector Warendorf has become the fourth major KBB supplier to go into administration in the past three months.

Prior to the Warendorf administration this month three other well known brands, namely Astracast, British Ceramic Tile and Better Bathrooms had also gone into administration.

Reports started to surface on Monday evening and Tuesday morning that Warendorf – Die Küche GmbH filed had for insolvency in the Münster Local Court in the Münsterland region on Monday March 11th with the Münster court appointing the restructuring expert Stefan Meyer from Pluta Rechtsanwalts GmbH as provisional administrator.

Restructuring expert Stefan Meyer said in a statement: “Our goal is to find an investor. Order books are well filled, and the staff are motivated. This is a good basis for the coming weeks and for the restructuring measures planned for the company.”

Meyer’s statement continued: “Despite a positive development, the ambitious but necessary revenue targets for 2018 could not be achieved. In the first two months of 2019, order intakes were much higher year on year. Up until now, the company’s owners have always been positive about the developments and provided the necessary funds. However, since the end of last year, it has not been possible to reach any consensus regarding further funding for necessary investments. As a result, the search for an investor was launched, which, however, was fruitless in view of the lack of time.”

Warendorf Die Küche GmbH employs around 110 people and whilst their long term job prospects are not certain or if any or all of the jobs can/will be saved with any investment it has been reported that their salaries are guaranteed by the insolvency proceedings.

The sales company Warendorf Retail GmbH, based in Cologne, is not affected by the administration however.

Warendorf, which was founded in 1973, is currently owned by investment company CoBe Capital, which saved the company from insolvency back in 2016.

Speaking to the German online news site Möbel Kultur, Warendorf chief executive Stefan Hofemeier is reported as saying “we just ran out of time” and that the company had begun looking for new buyers.”

Aside from Modo Cucine in Alderley Edge, Bramhall Greater Manchester most of the UK Warendorf retailers are London and South East based. Aside from 12 dealerships belonging to in-toto kitchen other independents like Modus Kitchens of NW London and Surrey based Reflections Supplies and Farnham Furnishers took the total number of UK dealers to 25.

It is not yet clear if there will be any delays to customers orders, given news that orders are up on 2018.