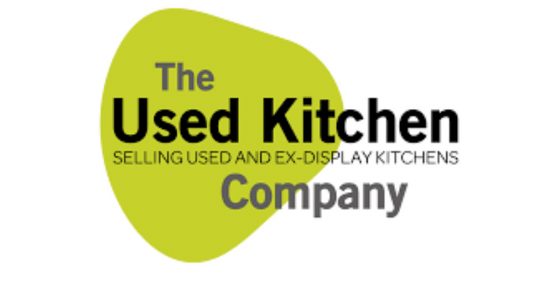 It is hard not to support the recycling of ex-display kitchens but should retailers be forced to recycle their ex-displays?

This is what the The Used Kitchen Company suggest in that it claims a quarter of respondents to a recent survey would like to see kitchen retailers being forced to recycle their ex-display models in order to help with the environment.

According to The Used Kitchen Company (TUKC) it has even gone as far to suggest that one in 20 consumers even believe that fines should be brought in for retailers and individuals who do not recycle their kitchens.

Despite the belief that ‘ex-display’ kitchens are by and large bought by those seeking a bargain, TUKC also suggest that a quarter of consumers said their main motivation for buying a used/ex-display kitchen would be “to do something green and environmentally friendly”.

Close to one in five also said their main motivation for recycling their own kitchen when planning a refurbishment would be to “help the planet by reducing waste”.

“Our licensed research shows kitchen showrooms cannot ignore the principles of British consumers and should recycle their ex-display kitchens, to boost their green credentials and stay aligned with consumers’ views on the fundamental need for this environmentally friendly action.”

She further said, “We are super-charged following the endorsement consumers have given to our 13.5-year campaign to get Britain recycling its kitchens. To have reached a position in which one in four people would now buy a used kitchen as a gesture of support for the environment is truly phenomenal.”

Grossman added: “We shall go all out to get that figure even higher in the coming year. Our hard work has not been wasted and our ‘Skip the Skip’ campaign message is doing the job in the eyes of many consumers, who find it easy-to-understand and act upon.

“This translates into showrooms having a great chance of finding a buyer when they list their ex-displays with TUKC, as we are continually bringing more potential buyers on board, due to our high-profile, on-message marketing.”

About The Used Kitchen Company

TUKC is regarded as being one of the original pioneers of the marketplace for used and ex-display kitchens.

The brainchild of founder Looeeze Grossman who created the business over 13 years ago, Looeeze said that she wanted to encourage homeowners and showrooms to recycle their kitchens, instead of abandoning them to landfill and it has proved a great success at every level.

In today’s ever growing more environmentally aware consumer marketplace there is growing pressure on all companies from all industries to reduce waste, reduce energy use and carbon footprint and for the packaging industry to do more to reduce non-recyclable materials.

Given this backdrop of increased environmental awareness then, whilst it is perhaps admirable that more be done, as an advocate of the Kbb sector the suggestion to enforce or even fine businesses is not the way forward.

To do so would only serve the interests of businesses like The Used Kitchen Company at the detriment to all others.

Having not seen the full research or the survey questions that The Used Kitchen Company (TUKC) used it is not possible to evaluate the strength of their findings. The size of the survey has not been included either nor any indication of the demographic range or source pool of survey respondents.

The Kbb sector is already being pressured with a slow housing market and wider economic uncertainty so whilst more red tape and more barriers isnt the way forward perhaps a better solution would be a more comprehensive solution in which all stakeholders such as local councils, retailers and homeowners are encouraged and incentivised, rather than penalised.

Landfill costs local councils so if more if being done perhaps reductions in business rates for retailers and council tax discounts for consumers should be encouraged?