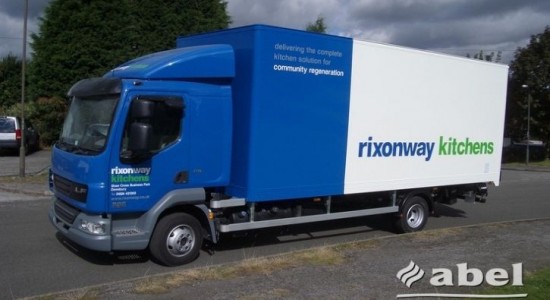 Rixonway Kitchens has secured a £7m contract with the City and County of Swansea, which the company says is one of its biggest ever contracts.

The kitchen supplier has been contracted to provide around 10,500 contract kitchens to council homes in Swansea, which it will manufacture and supply over the next seven years.
It will begin work on the order in September. The initial order comprises 800 kitchens to be delivered and fitted by the end of March next year.

“This contract win is a real achievement for the business and is testimony to our positive reputation in the sector and the strength of our tender submission,” said Rixonway sales and marketing director David Anderson.

Rixonway Kitchens, which is part of the Nobia Group, which manufactures its kitchens from a 177,000sqft factory in Dewsbury West Yorkshire has beenoperating since 1978 supplying an extensive range of tailored carcases, a comprehensive choice of modern and traditional door finishes which are complimented with a wide selection of co-ordinating sinks, taps, worktops, handles and accessories.
The new contract win comes amid more contract news in August, one of which via Halvanto Kitchens, the private development division of Rixonway Kitchens which has secured a record £1.5m contract to deliver kitchens for Amethyst Homes in County Durham, which is the largest order to date for the business which launched just 18 months ago to provide kitchens developed specifically for private developers.
The Durham contract will see kitchens supplied to around 700 homes in Durham across two sites and work has already begun on the first site in Regents Park, where more than 400 homes are being built, 370 of which are for private sale.