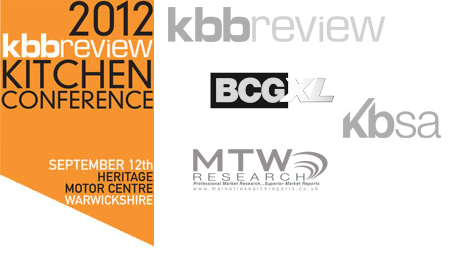 Luxury furniture designer Johnny Grey in speaking to KBB Review (ahead of the 2012 KBB Review Conference) has hit out at the “apathy” plaguing the kitchen industry and called for manufacturers and retailers to show more creativity and passion for their products and designs.

In a highly critical assessment of the kitchen sector as a whole, Grey urged the industry to embrace his new “Creative Index” which he describes as “a check list for significantly improved and yet affordable kitchen environments”.

His views will form part of a presentation to delegates at the kbbreview Kitchen Conferenceat the Heritage Motor Centre, Warwickshire on September 12.

“The people selling and creating kitchens aren’t given enough training and opportunity to use their creativity,” Grey explained. “They need to be passionate about what they do in the showroom. I’m talking here from the low end to the top. They need to give their staff more scope and to learn to be more passionate. We have an incredible reservoir of artisan skills that aren’t being utilised.”

Grey urged retailers to engage with their clients and to individualise their designs wherever possible. “I think it’s apathy and lack of cultural change that they can’t handle,” he said. “What we need to do is find a way that customers can introduce an element of ownership into the design. A vintage clock or old piece of furniture must be included if that’s what they want. The customer should be encouraged to bring something of their own into the kitchen. It gives it individuality.”

Responding to suggestions that his ideas would fall down in the mass market, Grey said many of the major manufacturers had become “all about selling the product and not about serving the client” and that bespoke details could be introduced “in modest ways” to avoid prohibitive costs. “It’s all about customisation,” he stressed.

“With new manufacturing techniques there should be more opportunities. It’s not expensive, that’s a complete myth, and it alters the whole look. Suddenly it looks like your place. It’s about manufacturing that fits people’s lifestyles, not the other way round.

“That’s why Smallbone were so incredibly successful in the early days,” he continued. “They were doing things that were predicted to be total failures. People were really shocked by the first hand painted kitchens. But they couldn’t make enough of them, and they weren’t even very well made.”

Grey also took issue with some stores who he accused of offering kitchens that were too geometric. “I recently had a look at some plans that were sent to me and I was really shocked,” he said. “They’re just straight lines. What’s going on? You don’t have to have long linear lines everywhere. Corners of the room define a space. If you block up every corner you don’t have a room left. There’s also loads of elements you can manufacture in terms of curved doors.

“And for goodness sake sell people less cabinetry but better value. So instead of selling rows of cabinetry just sell one row, a really nice central island and put all your storage into a larder.”

Speaking exclusively to kbbreview, Wilkinson said he viewed Grey as a “thoughtful and generally supportive person”, but was “at a loss to understand his cliched criticism of the industry which feeds him”.

“Johnny’s actions can only lend to further demoralise our industry, while it is suffering an uncomfortable share of economic difficulty,” he said. “Calling the industry apathetic in regard to its creativity and passion is not helpful; it is only one shade of Grey and rather a dark one at that.

“Leadership for our industry will come from people versed in inspiration, encouragement and kindness – and from innovative and beautiful design work. It will come from creating furniture and rooms that industry creatives can show their fellows with some pride.”

Widely regarded as the UK’s leading designer of luxury handmade furniture, Wilkinson is the founder of kitchen design and manufacturing businesses, Mark Wilkinson Furniture and Smallbone of Devizes. However, he said Grey’s outburst had made him feel “uncomfortable”, in that Grey had supported his arguments with examples of early work from Smallbone.

Wilkinson also admitted he had “some sympathy” with the views of JJO sales and marketing director Richard Proctor, who recently described Grey’s ideas as “not on this planet”, and his designs as “dysfunctional and uncoordinated”.

“I suspect that Johnny was simply trying to generate interest within his audience at the kbbreview Kitchen Conference for the ideas he was expressing there,” Wilkinson concluded. “But there are good ways and bad ways of doing that and attacking, as apathetic, our industry’s creatives in design and manufacture is an approach that this designer cannot support, when, if we look at the offerings from the rest of the world, we stand head and shoulders above them. So, come on, Johnny, give us all a Nick Clegg.

“Remember: ‘For beauty to be in the eye of the beholder it must first be in the heart of the creator’, which prompts me to encourage Johnny to ‘be beautiful’.”

Richard Proctor, sales and marketing director of kitchen manufacturer JJO, has accused luxury furniture designer, Johnny Grey of being “self seeking” and “not on this planet”, dismissing his designs as “dysfunctional and uncoordinated”.

Proctor went on to say that the majority of customers just want to be heard and have “a nice kitchen” planned for them, rather than “paying an astronomical fee for the Emporer’s new clothes”.

Grey, who recently launched his Creative Index for “significantly improved but affordable kitchens”, hit back, saying that Proctor was “wrong on all counts” and that a “nice kitchen”, can mean “shallow design and minimal research into a customer’s needs”.

The designer warned that customers are becoming increasingly aware of the similarity of many offerings and want more individuality in their kitchens and insisted that a huge amount can be done to engage with customers at little or no extra cost and although the industry produces “a huge amount of high quality work” it should always be looking to improve.

It is difficult to take Johnny Grey’s comments at face value when on one hand he is saying the industry needs to be more creative but in another breath is advocating;

..” instead of selling rows of cabinetry just sell one row, a really nice central island and put all your storage into a larder.”

Surely, everyone following his floorplan guidelines, creates uniformity which the last time I checked, was far from being creative as the whole concept of ‘uniform’ is that everything is the same and there isn’t any individualism?

As such, I have to side with JJO’s Richard Proctor here in that on face value, Johnny Grey was being self serving in his comments to create hype to publicise his ‘Creative Index’.

There is an argument that if you go to the flatpack kitchen retailers of B&Q or Ikea or you go to one of the big chains with 100 plus UK stores, that instead of sitting down with a designer, (able to consult and advise) you sit down with an order taking sales person, who, via the use of customer relationship software, goes through a series of basic questions just like you would if you were getting a quote for car insurance.

How many base units? how many wall units? What colour doors? What colour laminate worktop? Blah blah blah. There is a market for this type of kitchen sales as some consumers are only interested in the lowest price above all else.

If you go to an independent, chances are you get to sit down with an actual kitchen designer who aside from consulting and advising with the consumer to get the best kitchen for each customer, will also talk about a whole host of appliances, lighting, accessories etc etc which maybe available in the market place via other independents, whereas the high street chain generally only talk about what products they have from their own range?

Just like independent financial advisors will source from the whole market, independent kitchen retailers do the same, but its whether or not the consumer is in the market for a consultative led kitchen design, or bargain basement, anything will do so long as its cheap!