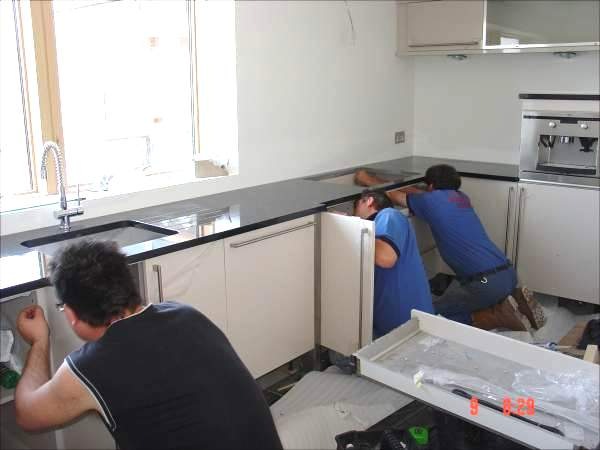 NEW YORK (AP) — Glenn Bridges can tell that the market for home remodeling is picking up — when he’s hanging cabinets or laying a floor in a customer’s house, a next-door neighbor is bound to knock on the door and ask if he’s available for another project.

They’ll look at his handiwork and then say, “we have something we’re interested in doing,” Bridges says. “It’s quite uplifting.”

The collapse of the housing market decimated business for contractors like Bridges, most of whom are small businesses with just a handful of employees. But many are seeing business improve as home sales slowly recover and homeowners who had put off projects during the recession are feeling better about the economy. Still, the improvement is gradual and projects aren’t typically as lucrative as they were back when homeowners were able borrow against a large amount of equity in their houses.

Bridges was so optimistic about the remodeling market that in February that he restarted the contracting business he was forced to shut down in 2007. When he closed, he had to lay off his three full-time workers. But at the start of 2012, things began to change.

“I had people that needed work done and all in one weekend they said to me, ‘why don’t you help me … why don’t you get active again?'” says Bridges, owner of Eagle Ridge Contractor Services in Naples, Fla. He had spent the intervening years working on projects with other business owners.

He’s worked steadily since February, installing new kitchens and bathrooms that range from $10,000 to $25,000, depending on the size of the room and the quality of the cabinets and appliances. He hired one full-time worker when he started his business again and says he may take on as many as three more if business is good enough. And he’s optimistic that it will be, because he’s getting more requests for bids on projects. “Where I was pricing one or two (projects) a month, I might now price five or six a month. And I think I’m not unusual — for our market, there’s more optimism.”

Bridges isn’t alone. Sales of previously occupied homes are up more than 9 percent this year, and spending on residential construction has risen 16 percent. People who track housing trends see signs that remodeling is on the rise — and that the improvement will continue. Harvard University’s Leading Indicator of Remodeling Activity suggests that annual homeowner improvement spending could rise 12.2 percent in the first quarter of 2013, up from levels reached in the first three months of 2012.

“Even though it’s a down market, homeowners are always having to do certain projects — roofing, siding, heating systems,” says Abbe Will a research analyst with Harvard’s Joint Center for Housing Studies. “When we’re moving into a recovery phase, we’re going to be looking to the discretionary projects, like kitchen and bath remodeling. We’re expecting to see lots more of that as the housing market stabilizes.”

But while the upturn is encouraging, it hasn’t yet turned into the boom that some had hoped for. After rising from a low reached at the end of 2008, remodeling activity rose sharply but then fluctuated since the end of 2009, according to the National Association of Home Builders’ index of remodeling activity. It’s “improving, but not as much as we thought it had been earlier,” says Steve Millman, director of economic services at the NAHB.

Nick Rossi has also seen an improvement in 2012, especially the last few months. Prior to this year, homeowners “just wanted to get by with what they had. I was doing a lot of repair work,” he says.

When business first began to pick up at his Boston-area company, N.J. Rossi, homeowners were looking for what he calls facelifts — changing cabinet hardware, countertops and flooring in the kitchen, but they were holding off on major renovations. More recently, customers have been digging deeper into their pockets, opting to do a whole gut remodel of a kitchen or bathroom and some are more willing to splurge on a more expensive countertop or appliance, he says.

“Right now, I have a couple bathrooms, two kitchen remodels and a small addition in the works,” he says. He’s bidding on two or three times as many jobs as he was doing two years ago and added on a part-time worker in March to help handle the demand.

Competitors are getting work too. Rossi says that wherever he goes, he sees dumpsters in driveways — a clear sign that major home renovations are under way.

But while business is improving, some contractors say spending hasn’t returned to levels reached before the housing bubble burst. Hugins Construction in Coral Springs, Fla., is seeing a pickup in the number of jobs, but owner Rick Hugins says the market is still far from the boom he enjoyed before the housing collapse.

“There’s work out there, but the level of business is much smaller than I’ve seen it in my career,” he says. Before the housing crisis, most of Hugins’ business was doing major renovations or additions that cost between $200,000 and $500,000 each.

Hugins does get more inquiries, especially from homeowners whose houses have fallen in value and have decided to fix up their homes rather than move. But their interest fades when they hear how much the work will cost. The problem is that homeowners can’t borrow against their home equity as they did before the housing crisis. 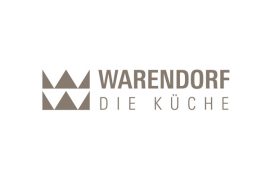 Are Warendorf about to be rescued?

News has come to light that at risk premium German kitchens brand Warendorf is set to be rescued by an investor from the Far East….