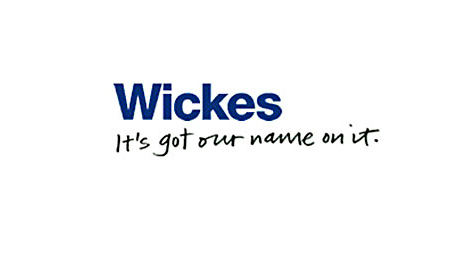 When Wickes, the DIY chain of more than 190 stores,  confirmed its plans to open a series of dedicated kitchen and bathroom showrooms following its growth in big ticket items during the recession, many were skeptical of its news.

A pilot scheme saw approximately six sites open early this year, with the first just before Easter yet Kitchen and bathroom sales at Wickes dropped by over 13% in the first half of the year, its latest results have confirmed?
Speaking exclusively to kbbreview, Wickes managing director Jeremy Bird then said that this was a trial scheme but he believed it would expand the company’s kitchen and bathroom offer into geographic areas where there weren’t Wickes superstores.”We’re going to open a few and see how it goes,” he said. “I wouldn’t say it was a hard and fast part of our strategy, but it’s an opportunity given that there’s property available at the moment at sensible price levels.
“[We’re going to put them] in a variety of places and see how they perform and how easy, or otherwise, they are to manage, so it’s a trial.”
The stores, called simply Wickes Kitchens and Bathrooms will, Bird said, occupy an equivalent floorspace to the kitchen and bathroom sections in the normal stores, split roughly 50:50 between the two product groups. The products offered will also be the same, with much coming from distributor Mark Two, and the installation service will, as with the standard store, be project managed by Wickes with subcontracted fitters.
However, Bird denied that Wickes’s plans were triggered by the demise of MFI, a collapse that left a huge gap in the mid-market kitchen sector. The announcement comes a few months after Tesco announced it was moving into a design and fit service for its kitchen and bathroom offer with full displays in its Tesco Home stores.
“MFI is not a trigger for it, it’s a helpful factor,” he said. “This is an option we’ve had on our list for quite a while. We haven’t just targeted big ticket stuff, we’ve been selling kitchens and bathrooms for quite a few years and they’ve done particularly well recently, but we’ve done very well in all parts of our business to be honest.
“Of course, everybody in the sector was helped by the fact that MFI wasn’t there – their turnover was in the order of £400 million, and that’s out there in the market for everybody to get a slice of. That’s helped at a time when the market is dramatically down.”
Wickes has widely been seen as a strong performer in a downturn that has hit the multiple market badly. At the height of the recession last summer, while its core DIY products were down nearly 6%, kitchens and bathrooms were up by nearly 17%. This growth is attributed to effective advertising that promoted the ‘We put our name on it’ message of quality rather than price and discount.
“We think that’s a differentiating factor for Wickes,” Bird said. “We do believe our kitchens and bathrooms are better than our competitors’ and represent much better value. We don’t want to be seen as a discounting DIY store as that’s not what we are in terms of kitchens and bathrooms.”We’re selling the best product at our price point by a mile and that’s the message we want to get across.”
Bird would not reveal any set targets for the new showrooms, but said: “Our aspirations on kitchens and bathrooms are to be significantly bigger and better than they already are.”
Kitchens Kitchens, Jeff Russell on the above news:

One thing to note from the above news is that whilst Wickes suggests that their growth during the recession was attributed to effective advertising that promoted the ‘We put our name on it’ message of quality rather than price and discount.’, what then of the revelation that it maybe their name on it, but it should/could be Mark Two’s name on it?

This announcement on the back of news that Tesco’s (another Mark Two distributer) just smacks more of ramping up activity to match Tesco’s and its hard not to think that the profile of Wickes previous customers is not the same as those who would buy a kitchen from Tesco’s and that all this annoucement may do, is educate their core customers to the fact that having Wickes’ name is now no different to having Tesco’s name and Tesco’s non food businesses haven’t been very successful and may only undermine the ‘quality’ message being touted as the reason for Wickes previous success.

Owing to the disparity in brand perception between the two and a head to head battle, that it seems, Tesco comes off better from it doesn’t bode well for Wickes.

Henneke Duistermaat defends the reputation of the range cooker