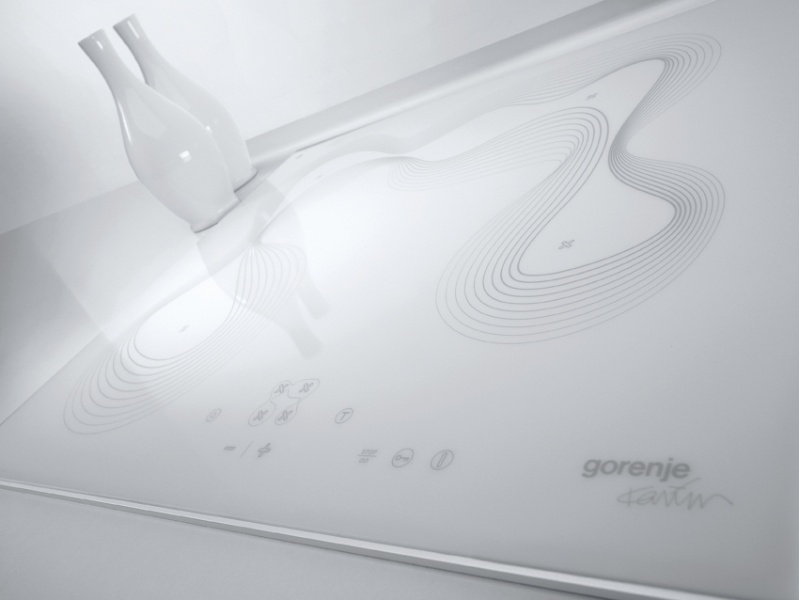 As Gorenje celebrates its 10th anniversary in the UK, Rebecca Nottingham meets sales and marketing director Bill Miller to find out why it remains firmly behind the independent sector

Arguably one of the most successful exports to come out of Slovenia, appliance brand Gorenje has just celebrated its 10th year of trading in the UK and Ireland.

Its links to the UK market go back much further, however. It started out here as an OEM manufacturer and, according to sales and marketing manager Bill Miller, when business was at its peak it was one of the UK’s top 10 OEM suppliers.

As competition in that field began to increase, with the emergence of a number of Far Eastern production facilities, Gorenje started to look for a new direction for the business.

“Gorenje could see that the more competitive the OEM sector was getting, the more it came down to who could supply the cheapest product and it envisaged that a lot of that business would migrate to the Far East,” he explains. “The strategy was that the Gorenje brand was the future and that every effort must be made to increase sales where the brand already existed and to launch the brand where it didn’t already exist – the UK being a key market.”

Miller joined the company eight years ago from premium brand Miele. He was head-hunted by Matej Cufer, Gorenje UK’s managing director at the time, because of his knowledge of the market. His task was to find a strong channel to market that would help build brand awareness.

“Gorenje had some fantastic products and I knew that had to be the basis of my strategy,” he says. “To create any real brand awareness, we had to rely on retailers to believe in the product. For me, the only channel we could realistically do that in would be through independents.”

The brave decision to focus solely on independent retailers, in both the KBB and electrical sectors, has been the foundation on which Gorenje has built its success.

“I think everything that has happened in the market recently has underlined the fact that our commitment to independents was the right one.

The brand has developed well over the past decade and, under Miller’s guidance, has secured a healthy chunk of the domestic appliance market. Gorenje was on course to sell around 52,000 products in the UK in 2012 – that’s 5% up on 2011. Miller admits that while he is pleased with the outcome, the downturn has hampered results overall.

“It’s not quite the target we had set ourselves, but I don’t think I’m alone in saying that the past couple of years have been a real struggle,” he remarks. “When I first started with the company eight years ago, we were experiencing 35 to 40% growth year on year. I’m afraid that those days are well behind us for the time being. We grew very slightly in 2011 and we’ll grow a little bit this year [2012]. But we’re also 10 years in, and the more established a brand gets, the tougher it is to grow. There was a time that we were happy to get a shoe in the door of a showroom, now we have a very respectable network of dealers in the UK.”

Despite the strong presence Gorenje now has among the trade, Miller admits that brand awareness among consumers remains relatively low. He explains how building the profile of the brand among consumers is now a priority in order to show full support to its dealers and to further strengthen its presence here.

“We have a solid retail network of 1,000 independents, including kitchen studios and electrical specialists,” he explains. “One of our key objectives going forward is to try to raise the profile of the brand among consumers.”

Appliance manufacturers have come under fire recently from a number of independent retailers for showing, what they describe as, a lack of loyalty and support in what remains a difficult business climate. Many retailers say they are losing interest in selling appliances because they feel let down by a number of leading brands as more and more products can be found cheaper online.

“It’s sad that there’s such huge dissatisfaction among retailers for selling appliances,” he says. “The activities of a number of influential brands have made a lot of retailers very uneasy. If retailers are negative about appliances, then that makes trying to build enthusiasm and passion for Gorenje even tougher.”

Miller admits that this apathy makes Gorenje UK’s team more difficult because, while brand awareness remains low among consumers, the products don’t tend to sell themselves and rely fully on the sales techniques of independent retailers.

“Very few consumers go into a showroom asking for Gorenje, so we are reliant on the retailer to be passionate about the brand. A lot of independent retailers have almost lost the will or the art of selling appliances, because the perception is that they don’t stand to make any money. But with Gorenje they can, because we’ve been selective with the channels we supply and we haven’t saturated the market.”

So what’s the answer?

The foundation of Gorenje’s UK business model is built on its relationship with independent retailers, but while Miller’s commitment and support for front-line retailers cannot be disputed, he can see the argument from both sides.

“The industry has got itself into a bit of a blame culture. Everyone’s looking for someone or something to blame and maybe some of that blame is due, but it doesn’t really get us anywhere.

“I don’t think retailers or manufacturers can afford to consider the internet as the enemy. From a manufacturer’s perspective, it’s a valid channel to market and retailers have to understand that manufacturers are businesses as well.”

While he strongly believes that some of the more influential brands could do more to support independent retailers and protect them from heavy discounting online, he also thinks retailers could be doing more to protect themselves.

“To remain strong, a manufacturer has to have a healthy business in all sectors and that’s good for the industry. How we arrive at that situation is yet to be decided. I also think that the retailers themselves have got to take responsibility. A lot of them are in a much stronger position to compete against the internet than they give themselves credit for. I know a number of retailers who are doing remarkably good business and still making good margins against the internet by offering extraordinarily high levels of customer service. Retailers have to give consumers reasons not to buy on the internet. The same retailers are confidently updating their showrooms and are still carving out a healthy business for themselves.”

Miller admits Gorenje is not big on the internet. Although some products can, he concedes, be found on the web, the suggestion is that they are not stocked by, what he describes as, ‘the major online stores’ and have to be searched for.

“We’re not a big player on the internet, because we’re committed to independents,” he says. “It gives us a much more stable business platform, but it can also be a bit of curse, because we maybe miss out on some big chunks of business elsewhere. But we have resisted the temptation to go after those and remain fixed on our course. We’ll grow with the independents.”

Miller admits that the size of a brand helps command a certain level of commitment from retailers. While the brand certainly has the support of its retailers, he maintains that Gorenje has “realistic” display requirements.

“The vast majority of my retailers don’t just sell Gorenje, so it’s about getting the right mix,” he explains.

Looking to the future, Miller concludes: “This division is one of the smallest for Gorenje, but the UK is perceived as one of the top European appliance markets so Gorenje’s attitude to the UK is to have a healthy, successful business that’s growing. But, it has no desire to be the number one brand in the UK. Instead, our objective is to grow the brand here year on year in such a way that the company continues to be profitable.”

Kitchens Kitchens own Jeff Russell thinks that Gorenje is one of those little undiscovered gems in the kicthcn appliance sector.

“Gorenje for me is like the Red Hot Chili Peppers in the 1990`s, when they were creative, niche and not yet picked up by the mainstream. You only have to look at what an absolutely lovely induction hob Gorenje made which was designed by award winning Karim Rashid.

The hob was not just a kitchen appliance but a work of art. In anindustry where brands and products melt into one another here was Gorenje creating visually stunning and very useable appliances. So much so that the Karim Rashid Gorenje Induction hob, is one of my stand out kitchen products if all time and it truly derserves all the pludits and awards it gets.