It would appear that there is a long standing merry-go-round in the KBB sector with regards to manufacturers being supported by retailers then undercutting them and direct selling or offering better deals to internet only retailers, and as such biting the hand that fed them.

We’ve all seen in recent years, months and weeks, examples were big KBB brands have been rumbled doing naughty tricks at the expense of those that have supported them.

It seems that in the ‘Early Days’ when a KBB brand wants to expand into the UK, or gain more market share, they turn to the independents with promises of untold wealth, local exclusivity, unbeatable margins, and marketing support.

The independent commits to this arrangement and with the small, and certainly beatable margin immediately on offer has to make it work, and I’m yet to see much ‘support’ outside of a handful of brands, as many are signed up and then left to their own devices. 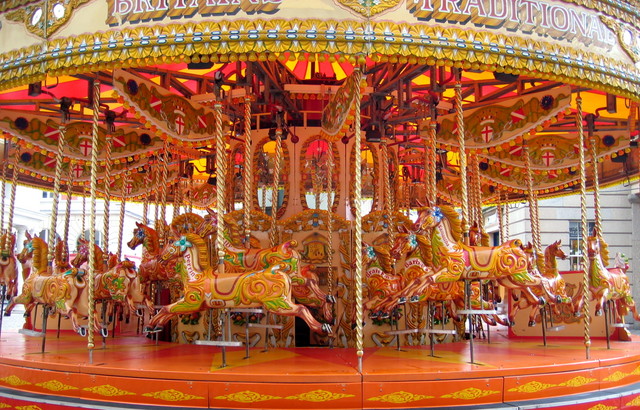 Regardless of the brand, be it kitchen furniture, sinks, appliances or worktops, what does the brand want? They want sales volume, so as a KBB business, you had better remember this.

An Account Manager from XYZ Appliances or ABC Kitchen Furniture doesn’t have an interest in giving independents ‘exclusivity’ and as such, not one will give you this in writing,

They are solely interested in signing up as many retailers and distributers as possible, as at the end of the day, you and the other 100 independents all within the 5 miles of one another are getting the appliances at trade cost. But manufacturers make profit on selling at ‘trade’ so at the end of the day, they don’t care that you have to practically give them away, from your independent perspective, because they are still making money and a [retailer] race to the bottom on kitchen, bedroom or bathroom furniture, appliances or otherwise doesn’t impact them one bit.

When the Account Managers have squeezed all they can out of the independents, the brand then starts shifting more and more volume via internet only retailers, but instead of being on a level playing field, the KBB manufacturing brand offers bulk discounts, which in turn leads to some webtailers fire selling certain products that an independent is trying to persuade a customer to purchase as part of a supply and fit project, but at a price that cant go as low as the internet only retailer as there isn’t the margin to do so.

This leads to further dissent amongst the independents and the stock response from the Account Managers is “you are not doing enough volume”. Well no shit Sherlock, how can an individual retailer do any volume in this environment when the odds are so stacked against them as dictated to by the Account Managers in the over ‘signing-up’ of retailers, and the brand bulk discount selling via internet only retailers?

Step 3 – Direct Selling and the nail in the coffin

Now that even the [independent] internet only sellers are not shifting enough volume the KBB brand turns to undercutting everyone and either selling direct through its own website, or (as we all know) selling via another company, or ‘agent’, in the appearance of independence, but where the company (or agent) now selling is directly funded, wholly owned, or partially owned by the manufacturer or the partners, family etc of those connected to the senior management.

As a few independents prepare get off the kbb brand merry-go-round, the brand in question [sensing imminent destruction] sees the light and apologies, in the hope of starting the merry-go-round for another ride.

There a few brands in the UK today that don’t follow this merry-go-round way of doing business but unless changes are made, this continual race to the bottom doesn’t do anyone any good as eventually everyone losses, even the manufacturer and you only have to look at the selling practices of the many many brands going or having gone pop to see that this short term merry-go-round approach isn’t the way forward.

Online bathroom retailer Victoria Plum has announced that its sales grew by “a record” 46% to £103million for the year ended February 28, 2021. Additionally,…