Smeg UK is set to complete a 300-mile bike ride through the mountains of Northern Italy to raise money for children’s charity Action Medical Research. Taking place over 24th to 28th June, the bike ride will be tackled by 35 Smeg employees and supporters who will travel on a route from Venice to Milan that has been created by Action’s cycling experts which will see the team ride between the mountains of Northern Italy from Venice to Milan, covering over 300 miles.

The company has already raised £10,000 so far this year for Action Medical Research. Last year, Smeg raised £12,000 for the charity by completing a bike ride from London to Paris and raised £30,000 in total from its various fundraising events throughout 2014.

One of the first challenges of 2015 was the tough London Marathon which saw Senior Product Coordinator Lucy King representing Smeg UK on 26th April. After months of hard training and effort, Lucy finished the London Marathon in under 5 hours and 45 minutes and in doing so raised thousands for Action Medical Research.

“We are delighted to be continuing to support Action Medical Research and the life-changing research the charity carries out, helping save the lives of the UK’s sick and disabled babies and children,” said Smeg UK managing director Mike Giddings.

“We have lots of other fundraising events planned throughout the year, including our sponsored walk which takes place on 10th June. The event will see over 30 members of the Smeg UK team setting off from the current Milton Park HQ and walking to the new Smeg UK office in Abingdon, Oxfordshire. The whole route is just over 10 miles and the team is hoping to raise as much money as possible,” he added.

To find out more about Action Medical Research and the fantastic work that they do, visit their website at www.action.org.uk.

Similarly, if you would like to contribute to Smeg’s fund raising efforts visit our page at www.action.org.uk/smeguk. 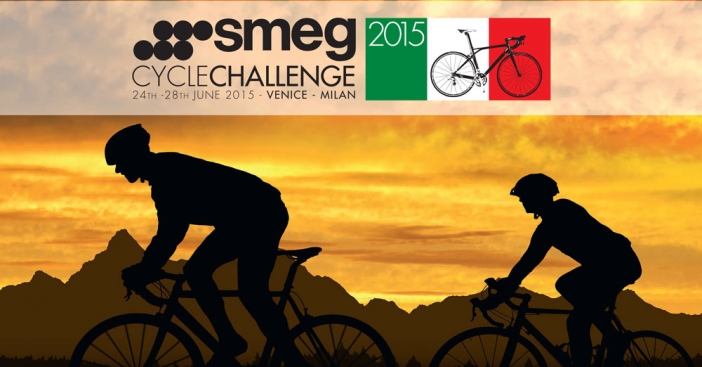