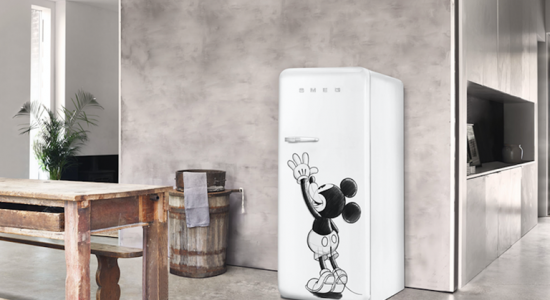 For 70 years now, Smeg appliances have been widely regarded as tasteful and elegant products which combine effortlessly to compliment your mood and style.  Whilst limited to just 90 units, one for each year since Mickey’s debut in 1928, the very limited edition Smeg Mickey Mouse fridge is sure to be a hit.

The brand’s Mickey Mouse Smeg fridge has been “brought to life” by an original drawing of Mickey Mouse which will be available exclusively from Smeg’s flagship store on Regent Street in London for £1,699. The company said it has also hidden Mickey Mouse around the store, as well as in posts on its social media channels.

“We are incredibly excited to be teaming up with Disney for this very special project,” said Smeg marketing head John Davies. “We are so proud to bearers of a ‘True Original’ Mickey sketch, and took into careful consideration the design of the fridge.

“Mickey is a real hero in the eyes of the nation, as is our iconic FAB fridge, and we truly believe this collector’s item will appeal to people of all ages.”

Not the fridge I was looking for

Given Disney have gone to town in merchandising Star Wars since buying the rights with it’s Lucasfilm purchase one limited edition Smeg fridge that would set the world alight would be a Han Solo Frozen in Carbonite fridge.

Personally, it may end in my divorce should it come out and I got one. but some things are worth having… 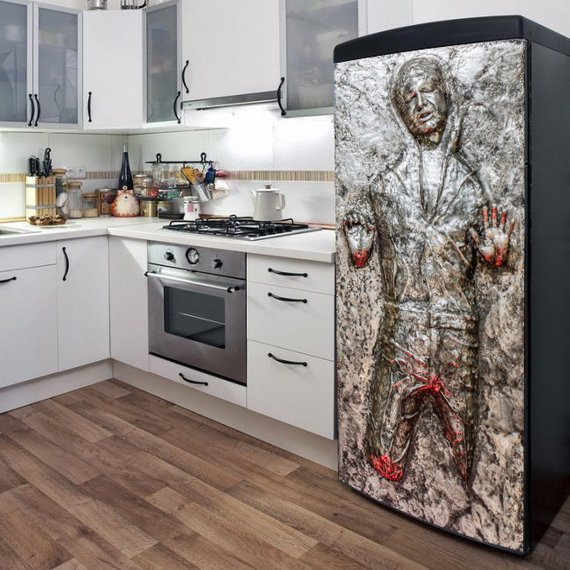 Till then I guess a Star Wars Han Solo Frozen in Carbonite Fridge Vinyl Wrap Refrigerator Wrap will have to do.