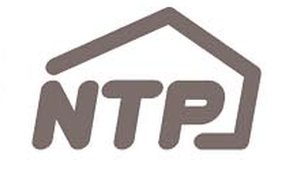 Rotherham-based Crosby Kitchens has confirmed that it is has gone into liquidation, while its sister company Aberdeen-based NTP Kitchens has been placed into receivership.

Gordon MacLure and Ewen Alexander from Johnston Carmichael have been appointed receivers and have already commenced talks with staff, key suppliers and customers. Three of Crosby Kitchens’s six staff members have been made redundant with immediate effect, while the remaining employees have been retained to assist with a closing down sale and other administrative matters.

It is thought that some 60 to 70 customers with outstanding orders are being consulted.

NTP, which designs, builds and installs kitchens, employs 23 members of staff at its Bridge of Don headquarters. The company also operates the Kutchenhaus franchise in Scotland on behalf of Nobilia, employing six staff members at its Union Square store.

“These developments stem from the recent recession, which had a hugely negative impact on retail sales, with customers proving to be extremely cautious when it came to discretionary purchases such as kitchens.

“It was hoped that the market would have picked up significantly by this point – and demand for kitchens would have returned to pre-credit crunch levels – but unfortunately this has not materialised, leading us to today’s decisions.”