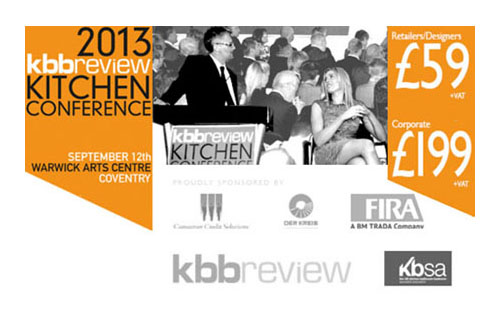 Gary Favell, the former boss of MFI and Magnet, has been revealed as the Keynote Speaker at this year’s kbbreview Kitchen Conference.

Favell, currently CEO at Bathstore, was the chief executive at MFI when it became the first major high profile casualty of the crash of 2008. Earlier he was in the driving seat at Magnet during its very successful sale to Nobia in 2001. After MFI, he held other senior positions at the likes of Allied Carpets.

Favell will be talking about his time at MFI and Magnet and the lessons he has learned as he develops Bathstore under new owners. He will also outline his view of the future of big ticket sales on the High Street and the changing needs of the consumer.

The kbbreview Kitchen Conference takes place on September 12th at Warwick Arts Centre and other confirmed speakers include Bill Miller, the managing director of Der Kreis, the newly formed UK arm of the German kitchen and bathroom buying group.

There will also be a ‘View From The Top’ panel discussion of industry leaders with the likes of Bob Livesey, joint managing director of Egger UK and Ragip Balcioglu, managing director of Beko. The programme also includes a session dedicated to marketing and communication with case studies from PWS, Neff and retailer Kitchens International.

“This is shaping up to be the best kbbreview Kitchen Conference yet,” says kbbreview managing editor and conference moderator Andrew Davies. “I’m delighted that Gary Favell is coming along to share his experience and views of the High Street, it should be absolutely fascinating. The rest of the programme is just as interesting and engaging and I look forward to welcoming as many as possible from the kitchen industry.”

The kbbreview Kitchen Conference is the only networking and seminar event dedicated solely to the UK kitchen industry.  The conference is a single day long programme of panel discussions, presentations and networking with key kitchen market players.  It is aimed at anyone involved or interested in the UK kitchen industry including retailers, distributors, suppliers, designers and manufacturers but it is truly open to anyone.