New stats from a recent poll show that one in ten of us leave dirty plates in the sink for a week!

Additionally, more than half (some 53%) of the survey respondents say that they also go to bed and leave the washing up to fester overnight.  These filthy kitchen habits have been revealed in a One Poll survey of 2,000 people commissioned by cleaning expert LimeLite.

Are we really all in the need of Kim Woodburn (Channel 4’s How Clean Is Your House?) to come and give our homes the once/twice/hundred times over?

Alarmingly, a quarter of Brits take less than ten minutes each time to give the kitchen a “thorough” clean, and a third of the nation only cleans the kitchen once or twice per week.

LimeLite spokesman, Stuart Yates, said: “Our kitchens are the centre of grease and grime in the home and let’s face it, the most difficult of all cleaning jobs.

“As a nation, the UK is surprisingly less keen on cleaning its kitchens than most other rooms in the house, yet it is the place where most harmful bacteria can be found. We’re either very lazy or just plain foolish.

“We were shocked at just how infrequently a considerable number of householders actually give their kitchens a thorough deep clean – just once a year in some cases.

“Pretty alarming when you think about it. Let’s just hope they don’t invite us round for dinner any time soon.”

Remember Channel 4’s How Clean Is Your House?

It ran from 2003 to 2009 and each episode had the same formula in which the viewers are introduced to the residents of the home to be cleaned but then, accompanied by a dramatic score of horror movie music, Kim and Aggie explore the dirty buggers’ home on their own, examining the extent of the mess and looking for any particularly horrible areas.

Kim and Aggie would then meet the filthy resident before the cleaning begins, often assisted by several professional cleaners with suitable dramatic effect for the task at hand. During the cleaning, which takes up the bulk of the show, Kim and Aggie would share tips for tackling particular cleaning tasks with the residents (and the viewers), often relying on traditional methods rather than expensive commercial cleaning products.

For extra impact, quite often during the cleaning, Aggie would take swab samples from the filthiest areas of the house and then have them analysed in a lab, often revealing (with appropriate shock and dismay) numerous kinds of bacteria, frequently E. coli or salmonella. Often residents of these filthy homes have health problems which are -through the course of the programme- directly attributed to the air quality or pathogens present before cleaning.

The filthy conditions and their affect on health issues are then put over in an effort to make the dirty buggers understand the connection between their health and their home’s condition. The famed “Mead Household” episode being an example of this.

Come back Kim and Aggie, the nation needs you!

Cleaning expert LimeLite is owned by McBride Direct the Manchester Kitchens cleaning products specialist and your one stop shop to purchase all McBride products including Oven Pride, Surcare, Lime Lite and Planet Clean. 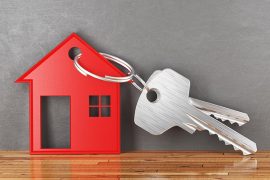 According to recent reports is has been suggested that during the coronavirus pandemic, Britons spent billions of pounds on home improvements during the as the…