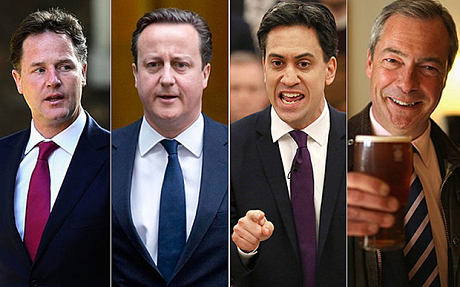 With polls in the run-up underappreciating Conservative support and over-estimating Labour support, the result of the 2015 general election was a surprise to most, but at the same time a relief to members of the KBB industry.

“I think the result is far better for the industry as a whole, including the KBB sectors, as the forecast uncertainty now looks likely to disappear,” said Graham Ball, CEO of the Kitchen Bathroom & Bedroom Specialists Association – KBSA. “There were some reports before the election that business had been slowing due to this, but I think now that confidence will return quickly and we will see the sector continue to grow in the coming months and years.”
Tina Riley, national chair of the KBSA and managing director of Modern Homes in Leamington, said: “As a small business owner, my major concern and worry was the instability of the economy and the possibility of halting the return to growth we were starting to see. Regardless of whose ‘side’ you were on, in that respect the election outcome is a positive one for me and KBSA retailers generally.”

“Also on a positive note, one in three MPs are now women – a record number of women in parliament, in my opinion long overdue. Maybe I should think about a change of career,” she added.
Yvonne Orgill, CEO of the Bathroom Manufacturers Association, said: “I actually think that it is positive news for the bathroom industry. Whether you like his politics or not, the return of David Cameron does bring a prospect of stability and consistency to Government in the UK and this can only be a good thing for our manufacturers.”

“There is nothing we hate more than inconsistency and uncertainty. There is bound to be some turbulence as the new political dynamics play out. It will be interesting to see how the new cabinet shapes up and how the promised European referendum impacts, but it’s the prospect of new housing construction and the reinvigorated ‘Right to Buy’ which will have the most positive outcomes for the bathroom industry,” she added.-

Leicht hits £1m of contracts after first year in operation