BSH, the parent company behind Siemens, Bosch, Gaggenau and Neff, will temporarily halt production of its home appliances but according to BSH UK and Ireland, they do not “envisage any wide-scale stock shortages”.

According to press statements there had been a great deal of preparation from BSH UK and Ireland for this situation and the company has said it will remain in close contact with trade partners and customers.

BSH UK and Ireland added that it would be in regular talks with logistics partners and that it will be available to adapt quickly to the latest government advice and guidance as it happens.

However, in speaking with some Master Siemens Kbb partners in the UK, there are conflicting reports that behind the PR news.

Some retailers were seeing delivery delays for several weeks before Covid-19 affected the UK and that customers had already started complaining about delayed appliances.

Whilst some of the kitchen furniture manufacturers are still delivering to UK retailers whom have warehousing, the onward delivery to customers are suspended due to non essential travel restrictions which were imposed a couple of days ago (on the 23rd March).

The BSH factories in Europe, Turkey and North America will be closed from Saturday, March 28, and the shutdown is expected to last three weeks.

BSH said its aim was to protect the health and safety of its workers in line with the growing restrictions put in place globally to combat the outbreak.

BSH Hausgeräte GmbH, or BSH Home Appliances, as its more commonly referred to in the UK and Ireland is the largest manufacturer of home appliances in Europe and one of the leading companies in the sector worldwide.

BSH was born from a partnership between Bosch and Siemens in 1967.

BSH has some 58,000 employees and ¢14bn per annum in income and is a trading subsidiary the €78 billion per annum Robert Bosch GmbH, whom in turn are owned via a 92% stake by The Robert Bosch Stiftung GmbH, a German charitable and philanthropic organisation. 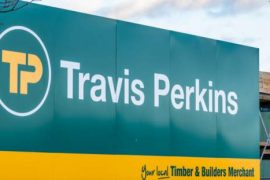