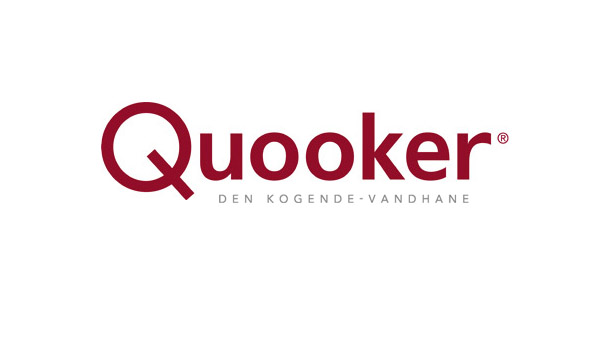 Stephen Johnson, managing director of Quooker, has claimed that retailers are “behind the times” when they criticise manufacturers selling direct to consumers.

He insists that manufacturers of kitchen products have every right to sell direct into the retro-fit kitchen market.

Speaking exclusively to kbbreview, Johnson argued that although the UK has 26 million households, only one million kitchens are sold every year, and that many kitchen appliances are retrofitted. Johnson said that, as many kitchen specialists are unwilling to service clients who don’t want a complete kitchen, it is only right that manufacturers have direct access to these potential clients.

“I do feel that, as an industry, we are sadly behind the times on this issue. No one questions whether Apple or Mercedes should have their own outlets. It’s entirely possible for the high street or online retailer to coexist alongside the manufacturer, quite happily selling the same product. Why should the principle be so radically different in the kitchen sector?”

Johnson’s comments come following a number of retailers complaining about distributors and manufacturers selling direct. Retailers have hit out against the likes of distributor tc Bathrooms, which have sold in direct competition with the retailers that stock their products.

Boss of online retailer sinks-taps.com Richard Broadbent branded distributors who sell direct as “unethical and immoral”. He said that selling direct is wrong and that distributors should “do one or the other”, while John Busbridge, director of Gordon Busbridge Ltd, described selling direct is a “very short-sighted way of doing business” and claimed that those that betray their loyal showrooms would lose out.

Johnson argued that despite Quooker encouraging retailers to enter the retrofit or replacement market by offering a free installation service, 90% of Quooker’s dealer base showed little interest in pursuing the business.

Plus, Johnson claims that, as a manufacturer, it is not always possible only to sell through retailers, as they don’t cover the whole of the market. He also suggested that retailers show more loyalty and only sell one brand where possible.

He said: “Most retailers feel the need to stock multiple product lines that, in most cases, compete with each other. The difficulty, therefore, is that if the retailer is not prepared to be loyal to the manufacturer, and by that I mean that they continue to display competing products, the manufacturer is always somewhat nervous that their full product benefits may not be championed by the retailer.”

He added: “We at Quooker invest over £1 million a year in advertising, all aimed at driving traffic into the retail showrooms. In return for this, it would be nice to see that rewarded by dealers choosing to stock only one brand. That, I believe, would dramatically reduce the need for manufacturers to chase significant direct business and we do promote our products directly; however, not with the intention of competing with a kitchen dealer who is selling it as an integral part of a complete new kitchen.”

Kitchens Kitchens Editor Jeff Russell on the above comments in the Stephen Johnson, managing director of Quooker kbbreview interview

Being Devil’s advocate here, both the manufacturer and independent retailers want the same thing, namely business survival and prosperity, which in the current climate is challenging and it seems that both sides are jostling for control.

Put simply, if retailers are giving up showroom space, they should get a level and harmonious playing field with the manufacturer and not be out priced from internet only retailers. There needs to be some benefit to the retailers to give up their showroom to one brand over another or we inevitably head towards a market where retailers supply furniture and fitting only and consumers buy there own appliances.

The KBB industry is somewhat fracticious and whilst Stephen Johnson is right that some retailers are indeed “behind the times” his comments don’t take into consideration that whilst the likes of Homebase via its Odina kitchens and B&Q (traditional DIY retailers) have moved into selling kitchens, it isn’t feasible for independent retailers to start selling DIY supplies and so the waters are muddied somewhat.

There isn’t an easy answer but more and more we at Kitchens Kitchens are seeing independent retailers becoming specialists and not ‘jack of all trades’ and in doing so, trying to carve out a niche for themselves and let their superior levels of customers service and product knowledge shine through, better than any Homebase and B&Q employee can deliver and more and more, are turning their back on alliances with just one appliance brand, but instead asking customers to get their own appliances and then just put a fitting charge into the overall cost of the kitchen fit.

Who are Uform Kitchens, aka Kitchen Stori?

Who are Plain English Kitchens