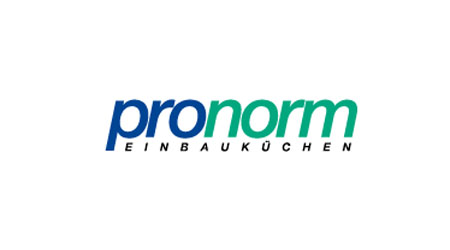 German Kitchen furniture company Pronorm has reported an increase in its UK year-to-date sales of 12% compared with the same period in 2017.

UK and Ireland business manager Jason Grinton said of the news that business has been “very buoyant”, he added, “I’m not getting the feeling from my retailers that consumer confidence is low due to Brexit,” he said. “January and February were quiet and typically they can be but since then our UK business has been very buoyant.

“The KBB  Birmingham in March was the best show we’ve been to so far. We signed up eight very good new retailers as a direct result of the show. To me that’s a sign confidence is good.”

Grinton also noted that the contract kitchens market is currently “very positive” and added that the company is currently on an eight-week lead time, which is “longer than we want but we have put major investment in the factory” in an aim to bring lead times back down to six weeks.

He added: “Brexit continues to rumble away but I am not having conversations about the implications of Brexit with retailers on a regular basis. I think many people have the same conclusion in that, once we know what the ‘deal’ is then we will respond accordingly.

“We have worked through challenging times with the recession and the exchange rate fluctuations and our UK business and relationships have survived and prospered,” he said. “I believe we will do the same with Brexit.”

From the spa town of Bad Salzuflen, Germany the well known German kitchen manufacturer  Pronorm kitchens has seen many dramatic changes over the years, with a takeover in 2010 by DMG from the Nobia Group and with a sizeable investment and resultant profits to boot Pronorm has come a long way since its early beginnings in 1945. Even then considered a high quality kitchen furniture maker at its location in Vlotho but Pronorm can be counted today amongst the leading manufacturers of high quality kitchen lines which cater for both the middle and the upmarket segments.

AS we have reported of late and have witnessed at each of the kitchen trade shows we have attended in the last 12 months, the…