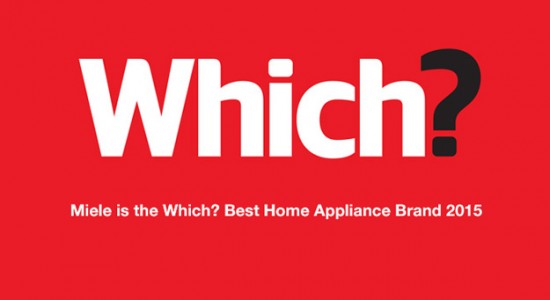 German appliance manufacturer Miele has been named Which? Home Appliance Brand of the Year 2016 in the consumer group’s Which? Awards for the second year running.

According to Which?’s home appliances expert Jess O’Leary, the manufacturer has an “unparalleled” strike rate in the consumer groups’ testing, with 91% of all tested appliances receiving either ‘Best Buy’ or ‘Worth a Look’ status.

“We are thrilled and proud to have once again won the coveted Which? Home Appliance Brand of the Year award,” said Miele GB managing director Simon Grantham. “For consumers, it is the highest accolade.

“The award is testament to everyone who is involved with the brand, from product development and brand management through to sales, service, product advice, warehouse and delivery,” he added.

The Which? Awards are completely independent, with a company unable to nominate itself.  The shortlist is chosen by Which? experts based on research, testing, Which? endorsements such as Best Buy and Recommended Provider as well as feedback from Which? members and the general public throughout the year.”

Learn more about Miele appliances with an Appliance Masterclass