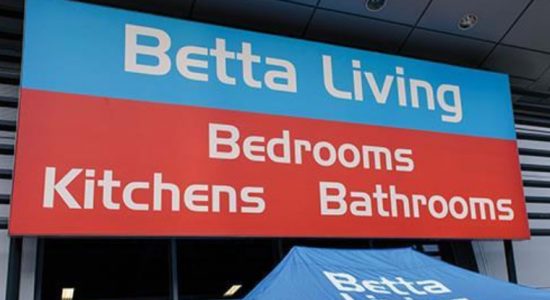 Betta Living fell into administration with the loss of 300 jobs after last-ditch offers to either refinance or sell the home improvement retailer fell through, it has been revealed. Newly published documents also show that the company’s unsecured creditors are facing a near £7m shortfall on their debts.

Dean House Ltd, which traded as Betta Living, entered administration in November 2016, with Anthony Collier and Benny Woolrych of FRP Advisory appointed to handle the case. All 300 staff across the Oldham-headquartered company’s portfolio of 24 stores across the UK were made redundant shortly afterwards.

The business was founded in 1966 and established itself as a specialist in designing and installing fitted kitchens, bathrooms and bedrooms. It expanded significantly from 2013 onwards with sales topping £46m in the year ending November 2014.

However, a report by FRP said the growth was predominantly driven by the addition of 15 retail stores. But the extra shops significantly increased overheads and, combined with underperforming trading, led to the company incurring pre-tax losses of almost £1.3m in the year to November 2015.

A turnaround strategy was implemented in late 2015, which included a store reduction programme and a £700,000 cash injection from majority shareholder Noel Dean alongside enhanced working capital facilities from NatWest and Shawbrook Bank.

With the turnaround plan in place, corporate finance boutique Rickitt Mitchell was instructed in July 2016 to seek a sale of the business. Two offers were received but both bids were withdrawn the following month following due diligence.

The administrators said a refinance was attempted in September at £2.5m but this offer was later reduced to £1.8m and £1.1m, which would have been insufficient to deal with Betta Living’s funding requirements. The worsening cash-flow position of the business also scuppered a separate solvent sale.

The report from Collier and Woolrych added: “The directors of the company made a last effort to resolve the funding situation and ensure the company’s solvency, approaching two of the company’s existing funders on 3 November. However, both confirmed that they were unable to support the company to the required level.

“Across the two sale processes undertaken by both Rickitt Mitchell and FRP, over ten competitors and 25 private equity houses were approached in relation to a sale of the business as a going concern, in addition to a number of potential lenders in respect to the refinance, however it was ultimately not possible to secure a transaction through either.”

Following the appointment of administrators, they completed the sale of Betta Living’s order book, customer database and intellectual property for £3 and agreed a licence fee for plant and machinery of £12,000 plus VAT per month to We Fit Any Furniture, a company created by the former management of Betta Living and owned by Noel Dean.

NatWest is owed approximately £1.2m and is expected to be repaid in full, while fellow secured creditor Noel Dean has debts totalling £844,000 although he is likely to suffer a shortfall on this amount.

Preferential creditor claims are set at £201,000, which covers employees’ pay arrears, unpaid pension contributions and holiday pay. Administrators said that it is currently uncertain whether there will be sufficient funds to enable a distribution.

Unsecured creditors are claiming a total of £6.9m, of which £6m is from trade creditors while the remainder comes from employees in respect of redundancy pay and payment in lieu of notice. Based on current estimates, there is no prospect of a dividend to these unsecured creditors.