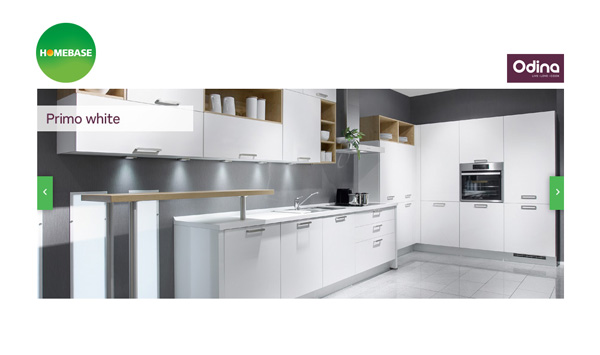 For anyone living in a cave the last few years, it is widely known that Nobilia kitchens are rebranded and sold under a few other names, such as Noblessa which tends to be favoured in Ireland, or Odina in the UK via Homebase, but the question is, can Homebase do the Nobilia brand any justice?

The Kitchens Kitchens team have been to the Nobilia factory more than once and have met some of the management team and it has to be said, they are passionate about their products.

It is fair to say that Nobilia make good quality mid range German kitchens (i.e. those suited to budgets of £15,000 to £30,000 for the complete kitchen and not just the furniture), but many people can’t help feel that Nobilia are taking a risk in their dealings with Homebase. Either that, or they are actually being very shrewd in that they are using Homebase to promote the brand in the expectation that most consumers will see the Odina kitchens, will be wise to the fact they are Nobilia and then choose an independent who knows the products, the ordering process and the installation better than Homebase. Hence why, they [Nobilia] have not allowed Homebase to use the Nobilia brand which we are sure Homebase must have pushed for.

That the online reviews of Nobilia kitchens, in respect of Odina dont fair as well as Nobilia own branded installations would suggest a shrewd move on the part of the German kitchen giant.

It is fair to say that of the Nobilia independents we have spoken to up and down the country, most have said that consumers are very much wise to the Nobilia/Odina/Noblessa concept and that, as such, most independents don’t see Homebase as a threat.

Whilst most agree that consumers will likely pay similar or even cheaper prices for the furniture from the independent, it is a well held belief that consumers favour the superior design skills, industry and product knowledge and customer service that the big sheds just can’t offer the same way the independents can. Simple really as whilst most independents have had a career in kitchens before setting up their own businesses, big sheds employ sales people and no disrespect but you just don’t have the same knowledge or passion if you are a salesperson, when compared with a small business owning independent.

It was reported back in the summer of 2008 that MFI planned on selling Nobilia kitchens under the brand name Kuchen Lab. Fast forward 4 months and MFI had gone bust.

One thing that the big sheds like Homebase need to do is sell in volume, and when your own brand of kitchens is in the price bracket of £2500 to £4000 you can certainly shift a lot of volume, but as the price levels go up, the volume drops and if consumer review websites are any basis for comparison, the only German kitchens that are getting much bad press at present is Nobilia, but specifically, Odina from Homebase.

Not that we are suggesting for one minute that Homebase will go down the same route as MFI with Nobilia being the undoing of MFI. That’s not the case as MFI was the undoing of MFI in that as consumers demanded more from their furniture, MFI were ill-equipped, and whilst Homebase, B&Q and Ikea (i.e. the big sheds) cater for the DIY and budget conscious consumer, Homebase seems to be making the same mistake MFI did, in assuming that its core customers will switch from spending £2500-4000 to spending £15,000.

For us, it seems that if you can install your own kitchen or you are buying in bulk because you are a property developer, then buy your german kitchens direct, or use the big sheds, but if you are a homeowner, and want the job doing well, use a Nobilia independent as you will likely even get the same price on the furniture as Homebase, but with everything else that Nobilia has to offer, but Odina and Homebase cant deliver, such as superior knowledge, passion, customer service and after sales. 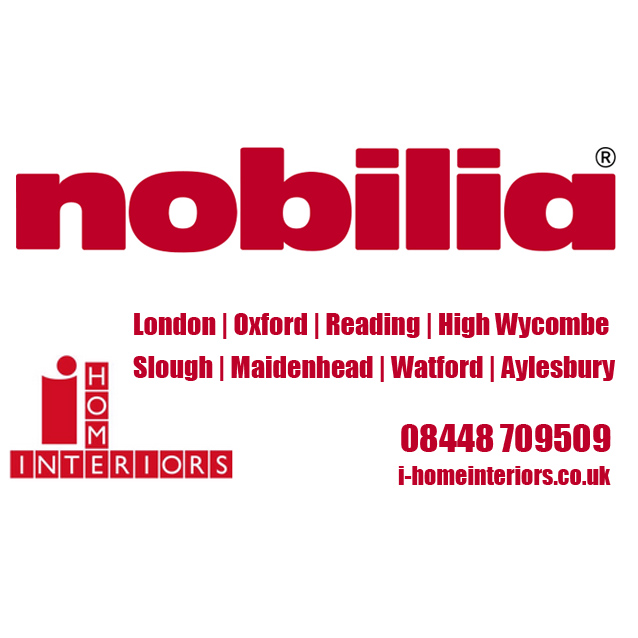