Houzz, the leading platform for showcasing ​home remodeling and design projects recently surveyed some 2,400 U.S. homeowners who are in the midst of; planning to start, or have recently completed a kitchen renovation project to uncover the most prominent trends in kitchen design for 2016, which will no doubt serve as inspiration to UK homeowners. 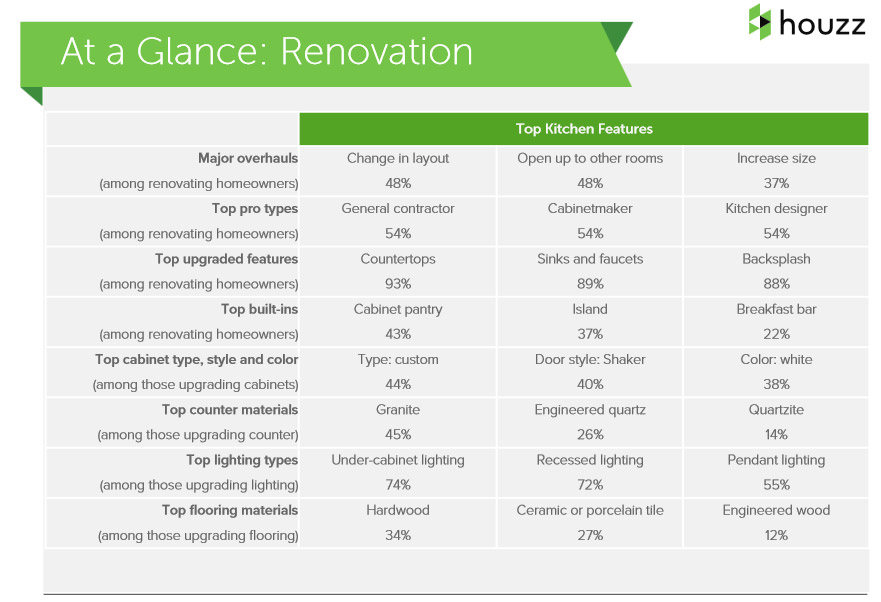 The results show that today’s kitchens have evolved beyond a space for preparing meals. Whether they’re cooking, entertaining, socializing, or reading, and that nearly two-thirds (60%) of homeowners are spending more than three hours a day in their kitchens. 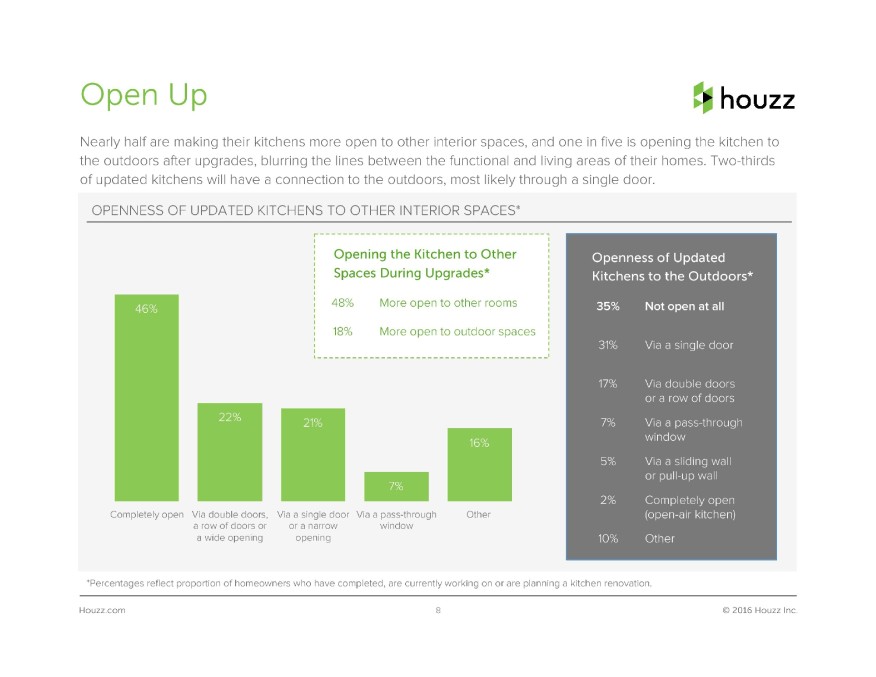 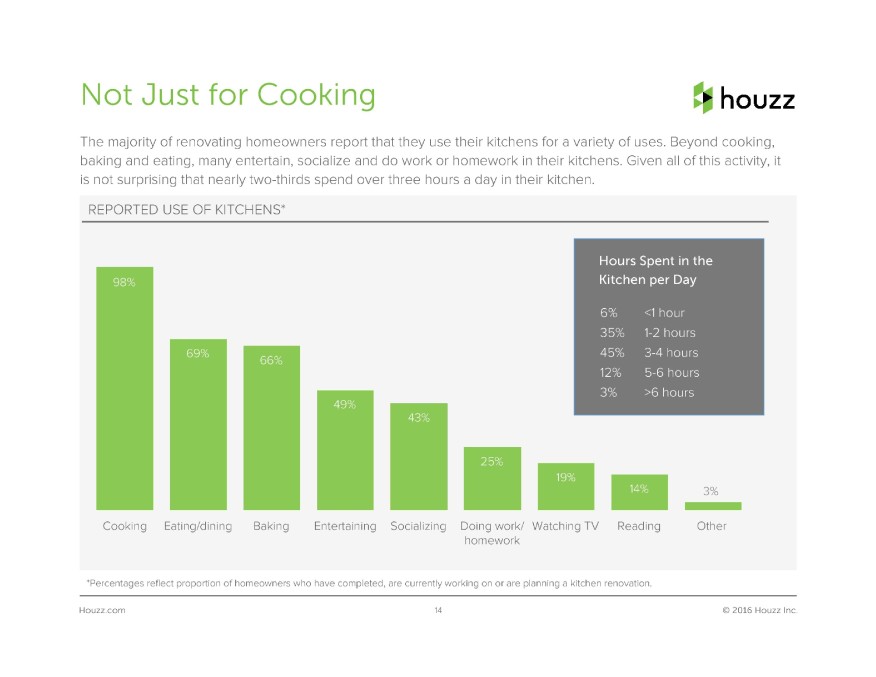 “The modern ‘super kitchen’ supports family, friends and work and does it in style..” said Nino Sitchinava, principal economist at Houzz, “…Our findings show that homeowners expect kitchen renovations to go far beyond improving flow, storage or aesthetics. The ‘super kitchen’ has literally become a living room, family room and dining room, with finishes, layouts and décor that challenge us to define where the kitchen ends and the rest of the home begins.” 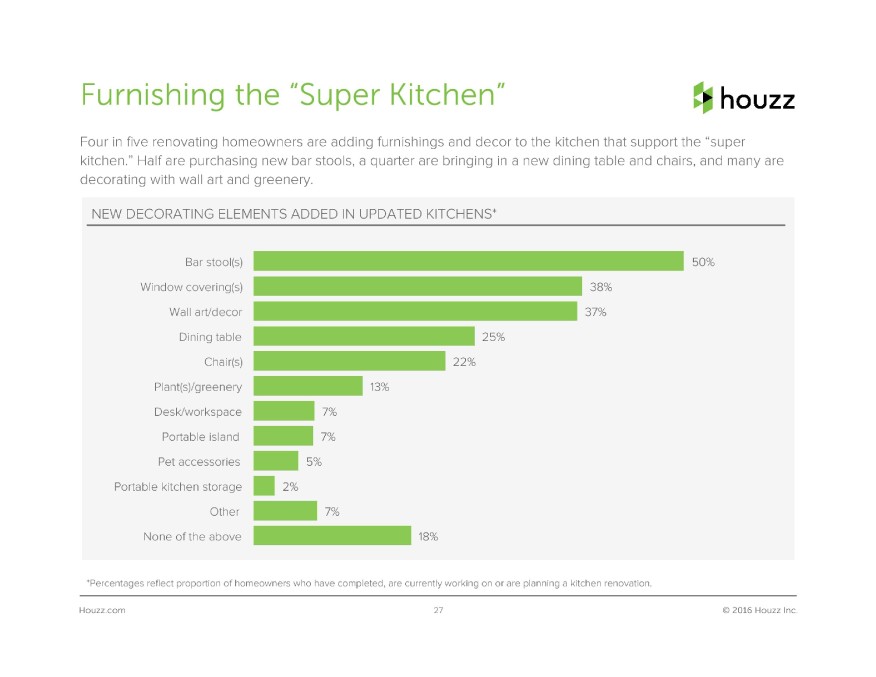