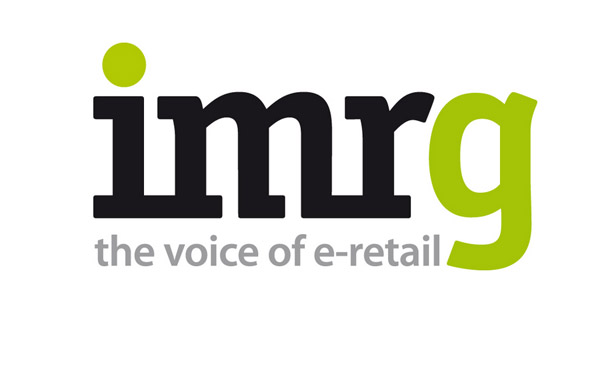 Online sales rose by just 9% in July, the weakest annual growth since January 2010, according to the IMRG Capgemini e-Retail Sales Index. The Index also recorded the first ever negative growth between June and July (2%), following strong annual growth in June (20%), whilst conversely, another Capgemini Retail Sales Index, namely the UK’s 50 most visited retail sites index was reported as being dominated by retailers in the travel sector in July.

For H1 2013 (January – June), the Index had performed well above expectation; the average growth was 16% against our forecast of 12% for the year. As the heat-wave drove people outside, online sales growth dipped while high street sales appear to have performed far more positively.

This performance reflects a recent poll by IMRG which found that two-thirds of the retailers surveyed found the prolonged hot weather in July had a negative impact on their online sales*. The research revealed that a number of merchants saw sales drop as the heat-wave set in, while some suggested that online promotions were perhaps not strong enough to lure shoppers away from the high street.

Despite a fall in sales, online-only retailers outperformed their multichannel counterparts in July. Online-only saw an increase of 13% year-on-year, while retailers which have both a physical and online presence recorded just 6% growth, the lowest reported by the Index for this group since IMRG and Capgemini started tracking it in 2010.

Weak year-on-year rises were recorded across most categories, including electricals (+2%), health and beauty (+3%) and travel (+3%). Brits also spent less money online in July, with the average online basket value at £72, a fall of 15% compared with July 2012.

Categories which performed well include Home and Garden, which saw a huge 37% year-on-year rise in July. Beers, Wines and Spirits were also up 23% year-on-year during the month. On a week-by-week basis, the week commencing 15th July saw total e-retail sales grow 25% on the prior week (8th July). This was boosted by the Clothing sector, which grew by 56% on the first week of the month, as retailers launched their seasonal promotions.

The M-Commerce Index continued to grow rapidly, with sales up 129% year-on-year in July, although the rate is significantly down on the levels seen in 2012. However, the conversion rate via mobile devices (smartphones and tablets) has improved over the past year and was 2.5% in July.

Tina Spooner, Chief Information Officer at IMRG: “There is no doubt that the prolonged heat-wave had a detrimental effect for online retailers. Following the coldest spring in over 50 years, it is hardly surprising that Britons headed outside when the much-needed sunshine appeared. It is interesting to note however that it is only desktop sales that appear to have been impacted; the mobile sales growth of 129% is lower than in recent months but not significantly so, suggesting that consumers still shopped via their devices while bathing in the sun.”

Alex Smith-Bingham, VP of Digital & Multichannel Services in Consumer Products & Retail, Capgemini Consulting, comments: “The warm weather encouraged shoppers to leave their homes and shop on the high-street to enjoy the sunshine. As a result, bricks-and-mortar retailers saw sales rise as shoppers took advantage of seasonal promotions. Whilst this did have an impact on e-retail, the sector is still performing well, with total online sales for 2013 to-date standing at a solid 15 per cent. I have no doubt online sales will return to high growth as we countdown to Christmas.”

Industry View:
Oliver Ripley, Mobile Product Manager, eCommera comments:  “This unusually hot summer was both a good and a bad thing for UK retailers. It truly showed us that the weather conditions fundamentally alters the shopping behaviours of UK consumers. News from retailers over July seems to indicate that store-based transactions were pretty good (up 2.1% on the year before) but eCommerce suffered a little bit. One can surmise from this that sunny skies mean UK shoppers shift their shopping habits towards bricks and mortar shops and away from the retailer web sites. This is understandable.  What is not so understandable is that m-commerce had a very successful July. UK m-commerce was 129% up on the previous year and the average conversion rate was the highest it has been for 5 months at 2.5%.

“This is slightly perplexing and perhaps down to the fact that many consumers chose to do their shopping while reclining in the garden on a deckchair or a hammock. What is clear is that hot weather favours m-commerce and maybe future digital commerce trend predictions should be linked to future weather patterns.”

About the ‘IMRG Capgemini e-Retail Sales Index’
The IMRG Capgemini Index, which was started in April 2000, tracks ‘online sales’, which we define as ‘transactions completed fully, including payment, via interactive channels’ from any location, including in-store.

About IMRG
IMRG (Interactive Media in Retail Group) is the UK’s industry association for e-retail. Formed in 1990, IMRG is setting and maintaining pragmatic and robust e-retail standards to enable fast-track industry growth, and facilitates its community of members with practical help, information, tools, guidance and networking. The strength of IMRG is the collective and cooperative power of its members. For more information please visit http://www.imrg.org/ or email membership@imrg.org

About Capgemini
With more than 125,000 people in 44 countries, Capgemini is one of the world’s foremost providers of consulting, technology and outsourcing services. The Group reported 2012 global revenues of EUR 10.3 billion. Together with its clients, Capgemini creates and delivers business and technology solutions that fit their needs and drive the results they want. A deeply multicultural organization, Capgemini has developed its own way of working, the Collaborative Business ExperienceTM, and draws on Rightshore®, its worldwide delivery model.