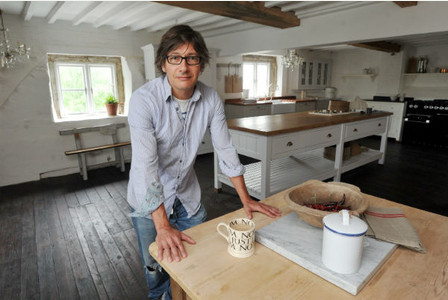 When many in the kitchen sector are reporting July as “silly season” with lower than expected sales as the summer holidays loom Leicestershire-based kitchen manufacturer deVol Kitchens had its most successful month to date.

Since forming in 1989 by two design graduates from Loughborough University, Philip deVries and Paul O’Leary bespoke kitchen brand deVol had never experienced such a good month in business as it just did in July, which saw deVol generating £1.1m in turnover.

The company has seen business increase since it relocated to Cotes Mill, a grade II listed, five-storey mill in Leicestershire which has undergone more than £600,000 of renovations since deVol Kitchens bought it in 2012.

deVol which also opened its second showroom in Clerkenwell in London last year now expects to double its turnover to £8m this year.

The growth of deVOL over the decades has bucked the trend in British Manufacturing, from humble beginnings has grown a renowned design led manufacturer of bespoke kitchens, interiors and bathrooms, all designed and built in Leicestershire, England.

Founder and owner Paul O’Leary had spent the £600,000 on deVols new Grade II listed base so as to give it the wow factor in the hope of bringing in big spending customers who are in the market to spend in the region of £50,000 on a kitchen and given the news of July’s milestone performance, it seems his vision has paid off.

Gorenje signs up to Salesforce