Damian Walters, the CEO of BiKBBI has called upon the Chancellor of the Exchequer Rishi Sunak to boost local economies by backing the home improvement & kbb industry, ahead of the budget on March 3, 2021.

Representing thousands of tradespeople and retailers, the BiKBBI has called upon the Chancellor to create a package of support for businesses that work in homes.

The British Institute of Kitchen, Bedroom and Bathroom Installation BiKBBI has outlined a three-point plan for the budget, that will help create jobs in the UK.

The BiKBBI calls for a VAT discount on home improvement products and services to stimulate the kitchen, bedroom and bathroom market by encouraging people to spend invest in their home.

Additionally, they would also like the Government to offer rates relief for independent kbb showrooms that have had to close their doors while larger, trade suppliers have remained open.

That the larger sheds like B&Q have remained open whilst the independents have been closed for all of 2021 so far and until April 12th, the kbb independents are clearly being unfairly affected.

Lastly, BiKBBI also asks for the Government to invest in skills and vocational training, to ensure young people can take up the opportunities of working in a thriving home improvement industry.

Given that the £2 billion Green Homes Grant scheme, unveiled last year to boost home improvement & kbb industry, has been somewhat of a dud, Damian Walters is hoping that more will be done in the upcoming budget.

The timing couldnt be more crucial as the Spring market is the starting gun for home improvements and April 12th cant come soon enough.

The Green Homes Grant scheme was billed as a much needed boost to the home improvement industry and saw the government fund up to two-thirds of the cost of home improvements of over 600,000 homes, supporting over 100,000 jobs in green construction.

In reality however, as Kitchens Kitchens found in our research no big suppliers took part and of the small businesses that did sign up, so few had more than one area of expertise and accreditation, it all but rendered the scheme a complete failure.

To date, only 40,000 vouchers totalling £170m of the £2bn earmarked for the Scheme have been issued.

On his latest call to the Chancellor of the Exchequer Rishi Sunak to boost local economies by backing the home improvement industry, Chief executive of the BiKBBI Damian Walters said: “The Chancellor has a change to kick start local economies in every part of the UK if he back Britain’s army of hard-working kitchen fitters and the independent showrooms next week.

The home improvement industry offers secure, skilled work for people from every walk of life while independent showrooms bring vitality to our high streets.” 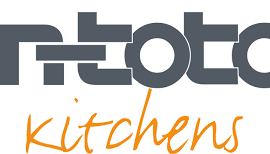