According to recent news AGA has seen a sharp drop in profits but worrying the company has cited lack of activity in the building trade and property as a direct cause rather than accept that its products are out of favour to current kitchen trends.

Half-year pre-tax profits at the Leamington Spa-based company were £1.6 million – compared with £4.2 million a year earlier as revenues in the first half were 1.8% lower at £119.2 million and as a result Aga Rangemaster is planning to concentrate on boosting sales in North America as well as China in a bid to rejuvenate profits. 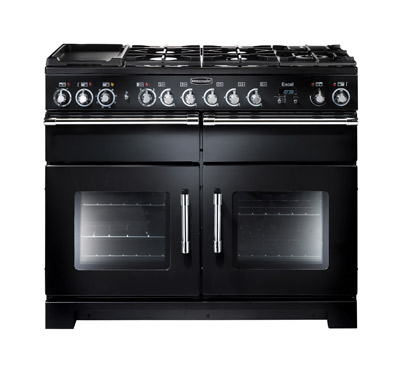 Model Shown Excel 110 Duel Fuel Aga Rangemaster, and if we consider that the oven retails for about £1800 to £2000 but other premium brands such as Neff have £1000 built in microwaves, and £1000 to £1300 double ovens, which many modern kitchen customers are buying two of and putting side by side in a tall bank of units we have to concede that if the likes of Neff are gaining market share that its products are more in favour as they are not miles apart in terms of cost.

But the figures and the reason for them don’t add up and its worrying as either the reason quoted by AGA for the drop in profits is to deflect attention away from the figures, or the current management are somewhat deluded and are only putting off and delaying the inevitable as Aga Rangemaster blamed the lack of activity in the property market as customers delayed buying big ticket items.

The reality is that first off, the property market has been in decline for more than 4 years, so why has it only just hit the profits of Aga in the first half of 2012? That’s some delayed reaction. Secondly, how many new houses and apartments have ever been built with Aga cookers fitted in their kitchens? Thirdly, profits are down some 62% (down 28.5% excluding property profit) but sales are reportedly only down 2% which means the underlying figures are somewhat skewed for some particular reason? That reason may well be in Chief executive William McGrath`s admission that in the first of this year sales promotions and stock clearances had taken place which suggests that margins had been slashed in a bid to grasp on to what declining market share Aga had, albeit at a greater expense.

Not with the times, but of a by gone era

When you consider that Aga cookers are on constantly, that thermostat changes take up to 24 hours to take effect and that in being on 24 hours a day, will hammer whatever fuel you opt to feed them, be it natural gas, propane gas, electricity or oil, then you can expect energy bills from your Aga to rival the petrol bills from your Bentley. Whilst an Aga may well indeed offer some heat to the kitchen what about the rest of the house or apartment?

Aga cookers are not in trend at the moment and when the kitchen industry is all contemporary and modern and we are buying German kitchens, not B&Q or flatpack, an Aga (cast iron) cooker just isn’t cut out for the modern world and its roots are firmly set in country living, not urban living.

Don’t want to seem as though we are knocking Aga cookers. They are a lovely rustic product and we dare say, are a great feature in a country cottage but they, like old Bentley’s have a fondness found only in a few hearts whom are declining in number and not increasing any time soon.

Like Jaguar Landrover has done in turning around the company`s profits with its new products such as the Range Rover Evoque, and Jaguar XK and XF models, Aga needs to either cut costs in keeping the current products in a declining customer base and market, or it needs to do a jaguar as it were and revitalize the products to match current market and consumer demands, and not seek to hold onto those from a time now gone.

Here is the statement from William McGrath Chief Executive which accompanied the interim figures:

“The continued challenges in the economy and lack of activity in the property market have clearly had an impact on demand in the first half as customers delay purchasing big ticket items. However, our investment in innovation, efficiency drive and great product offer ensures that we are well placed to respond when the market recovers. Our recent collaboration with the Chinese group Vatti demonstrates the opportunities ahead to enter into new markets.”

The interim accounts can be viewed in full, by clicking here

Who Are Pronorm German Kitchens?