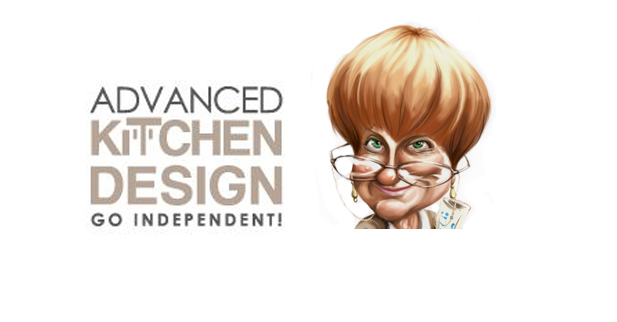 The word “bespoke” is one that’s used a lot in the kitchen industry … in fact, it’s probably used far too often. The dictionary definition can get confusing – “bespoke” comes from the verb “to bespeak” which had several different uses but came to mean … to discuss beforehand. That was then applied, in particular, to the making of individual tailor made clothes, which obviously did need to be discussed in advance, to be sure that the finished garments were actually what the customer wanted.

A more modern and concise dictionary definition suggests … “specially made for a particular person – a bespoke suit – bespoke furniture”. Although, apparently, bespoke is most often used these days to describe computer applications – as in bespoke software.

Back in 2008, some Savile Row tailors tried to stop the word being used in adverts by a menswear company producing made to measure suits, with the pieces cut out using computer controlled machinery. Their complaint was rejected, though. The Advertising Standards Authority (ASA) reckoned that the term “bespoke” didn’t just apply to hand made suits, where the cutting and fitting was carried out on the tailor’s premises, but could also be used for made to measure, machine made suits.

So what about kitchens then? Some kitchen companies talk about designing you a “bespoke” kitchen, even though they’re using standard units which aren’t even made to measure. Space Kitchens, for example, and Everest and Betta Living:

As far as I know, these suppliers use standard, bought-in doors, from the likes of JJO’s Colonial,  PWS’s Second Nature and U-Form’s Kitchen Stori ranges. Nothing wrong with that – but they’re not what I’d call bespoke kitchens. They would probably justify their use of the term by saying that they provide a unique, tailor made arrangement of those standard units for each individual kitchen. But by that definition, of course, more or less every kitchen is bespoke!  That’s not very helpful and I reckon that their use of the word has more to do with marketing, and making the kitchens seem more upmarket, than actually describing them. It’s no coincidence, I think, that those businesses are what I would consider fairly high pressure sales outfits (that want to persuade you to make a quick purchase on the basis that you’re getting a bargain).

There are also kitchens which (not unlike the machine cut suits) can have made to measure doors … or they use standard doors with made to measure carcasses … or you can, perhaps, choose to have the doors in a colour of your choice. These are a step up, from the limitations of standard units, with more design flexibility … and they’re tailor made for each individual customer … so they’d probably pass the ASA test. But are they really bespoke? Surely a bespoke kitchen means more than merely made to measure? Shouldn’t “bespoke” mean that your kitchen has some unique features?

So, what about the really posh, big name ‘bespoke kitchens‘ that cost a fortune? They have unique features and accessories, don’t they? It’s true, they do. Some big name kitchens are absolutely fabulous – and they have features which are unique to the named range – but they’re not really bespoke. They’re not made for an individual customer, each one is a generic range. Customers who subsequently buy these kitchens aren’t getting something individual at all. They’re getting a pre-designed product – however beautiful – made in variable sizes to fit their kitchen.

I worked for a company like that – for a short period. I loved the look of the kitchens (see the plate rack above) but they needed even less designer input than the cheapest DIY kitchen ranges do. You couldn’t even suggest an alternative handle – because that would change the signature look.

So what is a bespoke kitchen?  Well – in my opinion – it’s one where at least the units, doors and accessories are made especially for you, in a style of your choice. Look for a company that doesn’t have any “ranges” because those are – as I’ve said – pre-designed. A bespoke kitchen company makes everything just for you – it’s not just the layout that’s personalised – but all of the units. If you’re having panelled doors, for instance, you should be able to choose the size and number of panels in each individual door. You can even have unique handles made, although it’s rarely cost effective. You’ll often find this type of kitchen called “truly bespoke” … to distinguish it from the merely made to measure and, indeed, the bog standard kitchens.

here are upmarket kitchen companies that work in this way, although you’ll need to have a very generous budget available for most of them. If you’re looking for something more modestly priced, then you need to look for small, individual, bespoke kitchen companies and cabinetmakers … there are plenty around.

It’s also vitally important to find a good kitchen designer, to work with you on a bespoke design. One who knows what can and can’t be done and – more importantly – what will look good. You sometimes see a bespoke kitchen, in the glossy magazines, that’s been made by a local joiner, to a customer specification and which really doesn’t look right. The proportions are wrong, or they’ve used huge doors on the wall units.

You also sometimes see a second rate copy of one of those beautiful, big name designer kitchens. If you’re getting a kitchen made specially for you – but you just copy someone else’s design – then I don’t think you can call that bespoke either. It’s a bit like a fake designer dress. I wrote a few months ago, about exactly what a Designer Kitchen is … it has it’s own rewards (and the term is equally abused by the suppliers) – but it’s not the same as a bespoke one.

So, there you have it. A truly bespoke kitchen, although often talked about, is a rare thing indeed. It won’t necessarily have cutting edge features that you’ve never seen before (there’s nothing really new in design, after all, just new applications and combinations) … but it will be tailor made for both the room and the customer and (in spite of what the ASA may think) it won’t just be a standard look that’s made to measure for your room.

This article was published via the advancedkd.co.uk website (Advanced Kitchen Design), An independent source of kitchen design advice & ideas based in Nottingham

Marion (the author of this article) is independent, freelance kitchen designer, working directly for individual members of the public, designing any kitchen for any budget level. In her opinion, it’s often the lower end of the market where design skills are most needed (but where you often find the most inexperienced designers). It can be very difficult to be imaginative both with small kitchens and with the very limited range of unit sizes provided by cheaper kitchen ranges. 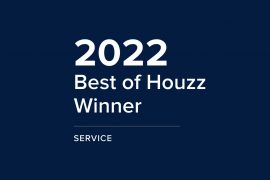